Published on September 28, 2017 by admin in Blog, Newsletter

As teens, we experience life with greater independence. We define ourselves based on what we think is most important. We see ourselves as separate from our parents and caregivers. We gain a sense of ownership over who we are and who we want to become. That is part of the reason why we are drawn to social media. Sites like Instagram, Twitter, and Facebook give us the freedom to be whoever we want to be online, and interact with others freely. According to Pew Research Center, three quarters of all teens (75%) are on social media, and the majority of teens (83%) say that social media better connects them to their friends’ feelings and lives (Lenhard, 2015). We’ve seen teens use social media to express themselves, expand their perspectives, start positive social movements, and show their creative side.We’ve also seen teens seek attention — and not always in the best ways. Smartphones and social media are powerful technologies, but they are neither inherently positive or negative, nor are they neutral. These digital tools do, however, intensify the ups and downs of life. In fact, experts associate teen social media use with mental health issues such as depression, sleep disturbances, and eating concerns (Costello & Ramo, 2017). So, in this article, we explore four factors that link social media use with teen mental health and five things that you can do to help.

When communicating online and through text messages, some teens think that words and actions carry less of a risk and consequence. As a result, they end up posting and sending messages online that they would never say to anyone face to face. This lack of wariness, also known as “the disinhibition effect,” leads to a greater potential for cyberbullying. Cyber bullying experts say that about 34% of teens have reported being cyberbullied at least once in their lifetime, and 20% of who are cyberbullied think about suicide. Out of these 20%,1 in 10 will make an attempt (Patchin, 2015). Teens who use social media have witnessed cyberbullying before, and mean comments are reportedly the most common form (Patchin, 2016). Think about it: a mean jab at someone’s profile picture that can lead to serious trolling, and a few sarcastic comments can turn into a full-blown flame wars. Teens have also experienced online shaming; a modern cultural phenomenon that is unfortunately happening in our image-based social networks. As a societal game of power and control, shaming can take on a mob mentality which transforms a person’s social faux pas into full-blown public humiliation. For example, a person that uses public social networks to poke fun at appearances or stereotypes may easily cross the line into harmful shaming, bigotry and misogyny. This person, aiming to be an online comedian may, in turn, be scrutinized and shamed (Itzkoff, 2015). Shaming can also happen between you and your network of friends. For example, online body-shaming occurs when people post and repost pictures of other teens to point out their flaws. One study shows that 66% of teenage girls already have a negative or ambivalent body image, so imagine what these candid-but-not-so-kind comments do to self-esteem (Miller, 2016). This brings us to the second factor of social media culture that impacts teen mental health: unrealistic ideals in a media-based society. 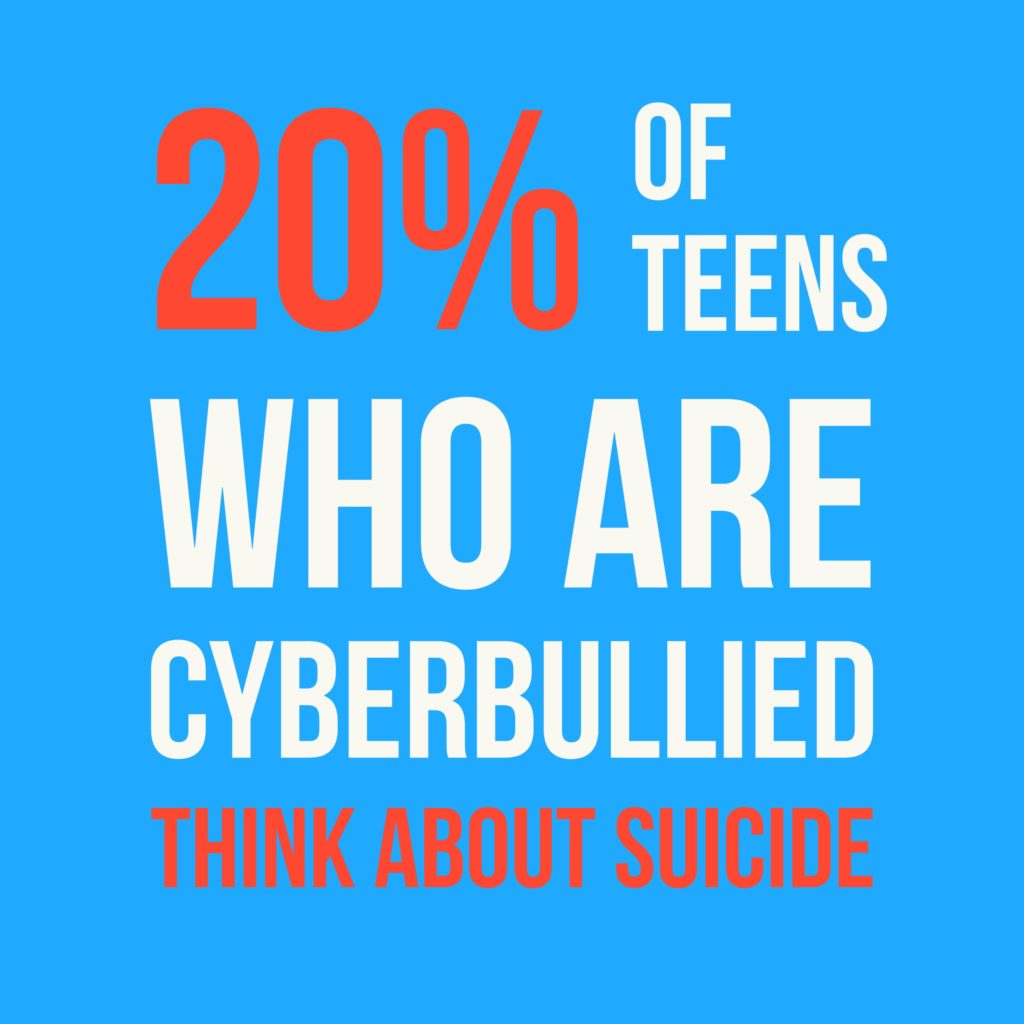 2 Unrealistic Ideals in a Media-Based Society

As if online shaming in social networks were not enough, the images presented in pop-culture through social media often conveys unrealistic ideals and mythical standards of self-worth.

The first myth is that self-worth is determined by the number of followers on social media. This often results in constantly checking social media and wondering “What do ‘they’ think of me?” Some teens remove their pictures that don’t receive enough “likes” in order to keep up with appearances, and Twitter users have even placed the word “hiatus” next to their names to let people know that they will be absent from the Twitterverse for a period of time. This clearly shows how tied-in some social media are to their online personas. Teens that base their self-worth on social media metrics such as the number of followers on their Instagram account or the number of “likes” that their selfie receives may experience low self-esteem while overlooking their most important qualities: their character and the genuine relationships that they have formed at home, in their neighborhood and at school.

Myth: Image is Everything

The second myth is that a person’s true worth depends on a “perfect appearance.” Social media is full of doctored or “photo-shopped” images that represent unattainable standards of beauty which is, in itself, a subjective concept. Who determines what is considered “beautiful” anyways? Teens that constantly compare themselves to unrealistic standards of beauty or base their potential for happiness on the luxurious lifestyles they see on Instagram, may find themselves in constant state of discontentment and self-shame.

The Truth About Images & Self-Worth:

NorthShore University Health maintains that seeing other teens who are skinnier, seem more fit, or are always going out with friends can instigate feelings of loneliness, feeling left out, and not being close enough to the ideals of perfection (2017). The feeling that “I’m not good enough,” leads to decreased self confidence, fiercer insecurity and painful self-consciousness or “self-shaming.” Teens that based their worth on appearances may feel as if they have to work harder to better their image and neglect what really matters: the true value of who they really are inside, and that lasting, satisfying relationships with a small circle of real friends far surpass the personal value of a million followers on social media.

One study in cyberpsychology makes the correlation between the amount of time spent on social media and the decline of mental health, stating that two hours or more on social media has detrimental effects on teens (Hugues & Rosamund, 2015). Even when we are mindlessly scrolling through our social feeds to alleviate boredom, screen time has an impact on our brains. First of all, constantly being on social media can lead to sleep deprivation and depression. One in five teens who use social media lose sleep because of their late-night scrolling, and lack of sleep contributes to depressive symptoms (Taylor & Francis, 2017). On a more extreme note, Psychologist Jean Twenge makes the correlation that “Teens who spend three hours a day or more on electronic devices are 35 percent more likely to have a risk factor for suicide, such as making a suicide plan” (2017). This risk is more likely when teens are experiencing shaming, cyber bullying, distressing life events or are engaged in online activities that are harmful to their mental, emotional and social well-being. On the other hand, solitude gives the brain a break from the constant interaction. Less screen time means more sleep, and more sleep may equate to better mental health. Less screen time also reduces the chance of getting caught up in unrealistic ideals, cyber bullying, shaming, and negative self-talk. Positive self-reflection is to mental health as exercise is to the body. Meditating on what is true and good helps our minds to be transformed and renewed so that we can live with confidence and purpose. 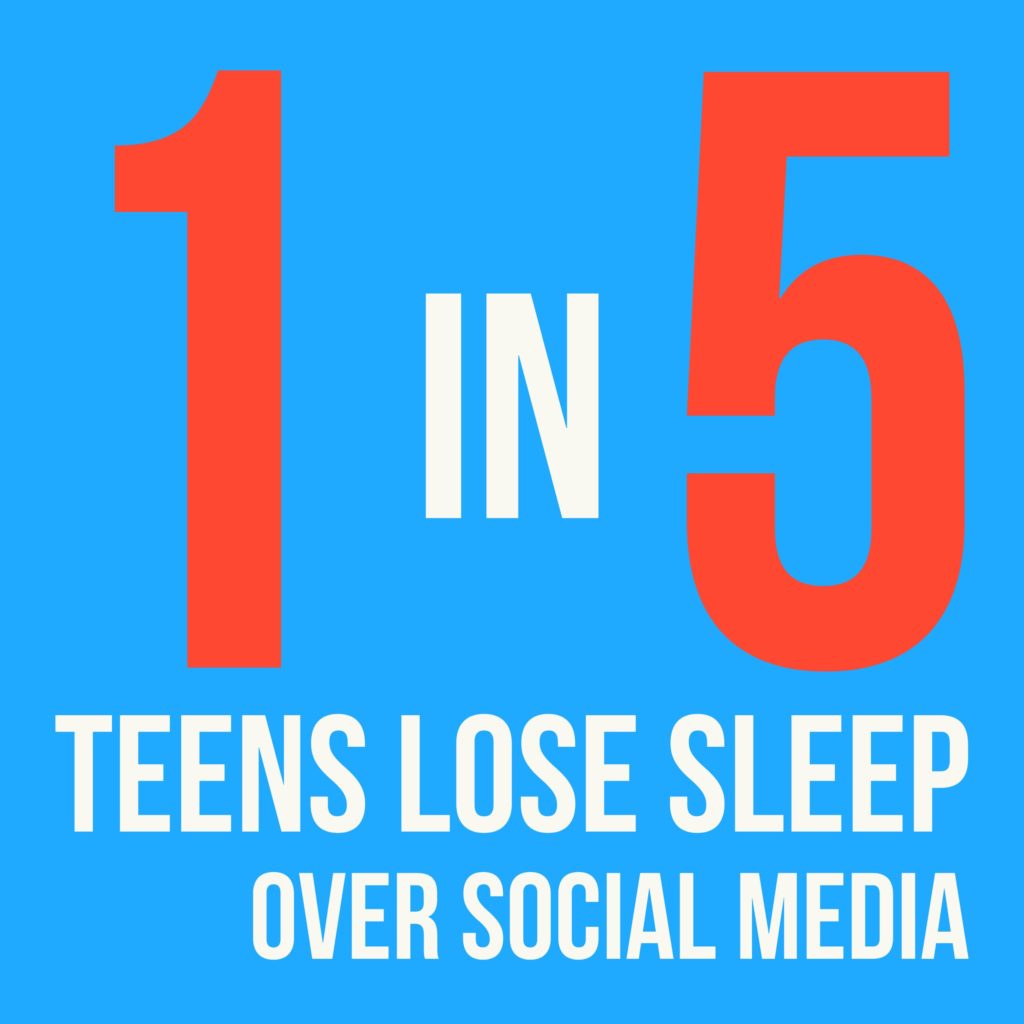 4 Fear of Missing Out

The constant buzz and ring of smartphone notifications condition our brains to react which urges us to check our phones and respond. However, this conditioning may attach itself to a stronger impulse. The fear of missing out, or “FOMO” is a mental health syndrome that is particularly strong among those that are hooked–even addicted–to social media (Sapadin, 2015). What causes this syndrome? The fear of missing out on a social experience drives some teens to feel pressured to immediately respond to every message or else be socially excluded. Teens who fear missing out feel compelled to constantly check their phones for notifications and to frequently post on social media. They worry that they will be the last to know about the latest social gathering. They worry that people will wonder where they have gone and why they aren’t responding to messages. Those who fear social exclusion dread being left out of the picture–both literally and figuratively.They consider being “left out” as a huge blow to their social image and self-esteem. When social media interactions become a deeply personal and necessary part of a person’s identity and self-concept, fear of missing out can lead to constant anxiety, and any failure to be included or appreciated online can lead to depression (MacMillan, 2017). Are you comfortable with seeing your friends share memories or stories on Instagram or Snapchat without being in every picture? Developing strong relationships with friends in person and a healthy sense of self-worth can help to prevent FOMO. 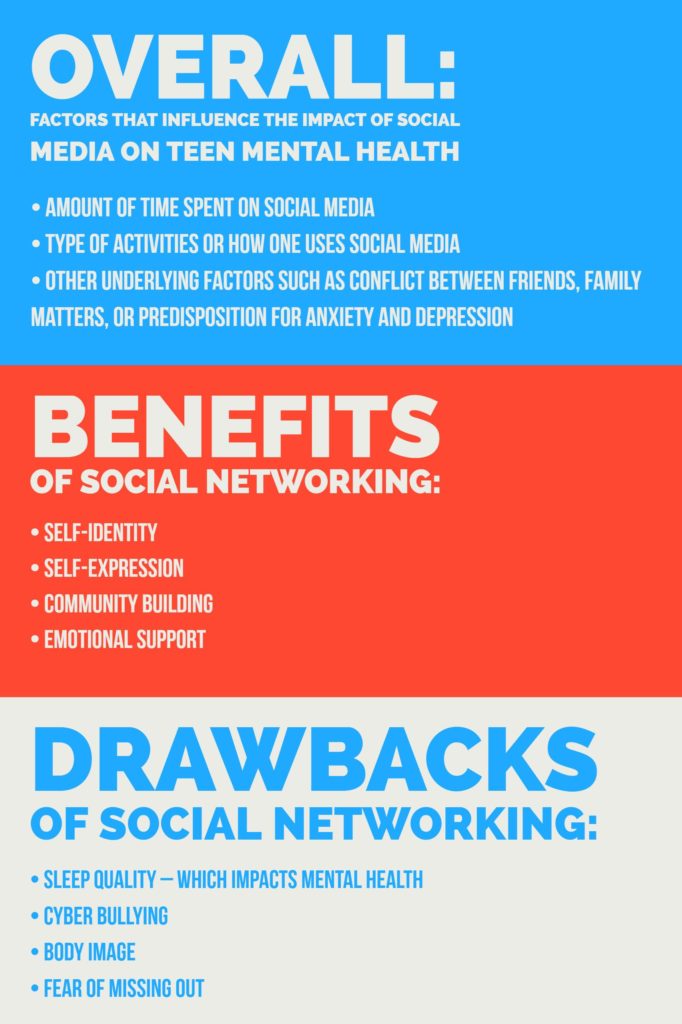