Published on September 6, 2017 by admin in Uncategorized

Twitter is an amazing place to start a conversation. Why? Because it’s so easy to get a response and gain followers! First, follow @idrive_live. Then reply, retweet and mention @idrive_live to stay in the conversation and spread the iDrive movement!

iDrive uses Twitter to take polls and to share the latest current events. The iDrive Student Advisory Board will also use Twitter to ask Agents like you to voice thoughts and opinions on issues like cyber bullying or the gender gap in STEM (Science, Technology Engineering and Math). So, follow iDrive on Twitter @idrive_live to stay in the loop with what’s happening in the iDrive community. 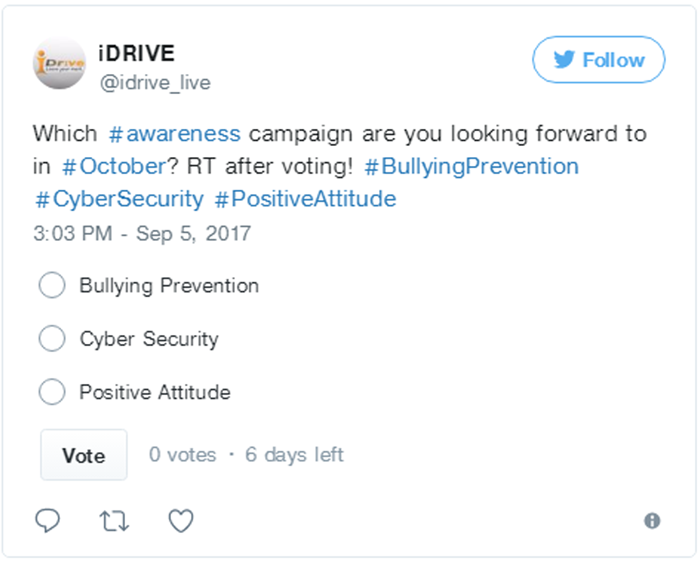